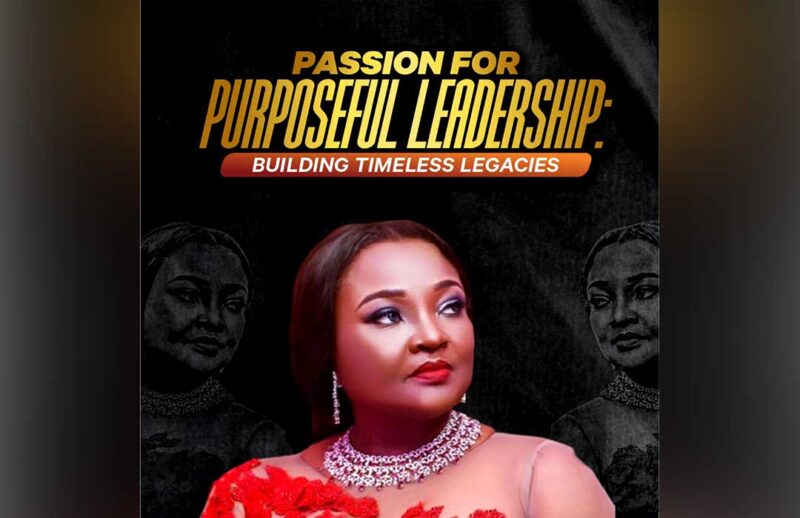 As we remember and celebrate a phenomenal woman of substance, Amaka Ndoma-Egba, I thank her husband, Senator Victor Ndoma-Egba, OFR, CON, SAN, on her behalf, for being an exceptional husband.

Men like Senator Victor Ndoma-Egba are scarce. I say this for many good reasons.

For years, close friends of Amaka teased her about her strange addiction to Victor. Amaka revered Victor. Back then, in DBL, we would joke that someone must have told Amaka she won’t find a husband hence the obsession with Victor’s simplicity, brilliance, integrity, kindness, love for God, love for family, and inner strength. She talked about Victor as if he was superhuman. I would frequently ask, “babe, how is your deity, instead of how is your husband?” Indeed we teased and teased, but deep down, we all knew Victor was one of a kind.

I recall a specific day we asked Amaka if she ever caught Victor cheat. The reason was that as much as she loved to talk about everything in the universe, she never complained about Victor. Amaka said she had never caught Victor with another woman, and we laughed and winked. To put her assertion to the test, Amaka came up with a prank. This happened almost 12 years ago. She bought a sim card, purchased a phone, and asked me to chat with Victor. She told me what to say, how, and when to share. For two days or more, we tried to tempt/test Victor using all kinds of pranks. I think we did this twice in two years.

Victor NEVER acknowledged nor responded to any of the messages. As many traps as we set failed to yield results. Victor respected Amaka all the days of her life.

Amaka’s house was like a tourist center. Asides from the crowd, most of them Amaka’s family members living in the house, the stream of visitors was endless. Amaka loved to be with people and to entertain, and her home was always packed with family and friends. You could eat breakfast, lunch, and dinner, and she would still get upset when you tried to go home. I often wondered how the reserved and distinguished Victor lived with Amaka and her crowd. He never complained of the invasion of privacy. There was always food, drinks, and room for all, and he knew us all by name.

Victor could be put on a timer and not miss it. He lives on a schedule, and Amaka knew where he was all the time. Victor never missed lunch at home; he would arrive on schedule and eat his non-dramatic meals always with his wife, who had probably just finished eating with her friends. This is a tradition I greatly admired over the years. They talked about everything. It was amazing to watch them eat together and talk all the time. Victor did not joke about family time.

Amaka was the definition of happily married. She got away with everything she wanted and did great things. I once asked her if Victor ever said no to her requests. Each time she made a move, and I wondered what Victor would say, her response was he would approve. Victor supported Amaka 100%, which is why she thrived. I think the love and trust are why Victor did not stop her from traveling off schedule that fateful day.

Victor gave Amaka a home, peace, and a family. In the years Amaka struggled to have children till she eventually had them, Victor supported his wife 100%. Amaka built and furnished all of the homes she had with Victor. Most women don’t even know when their husbands start a building project. Amaka was home with Victor’s family, and Victor made her a Queen. She always looked forward to hosting her family and would tell anyone that her brother-in-law, Kenuit was her best buddy. When she buried her mom, she mentioned she would give her house in Onitsha to her brother because she won’t return there. She was sure nothing would move her from her husband, Victor. Most women I know are looking for where to escape during a marital emergency.

Amaka had properties in different places. Each time she said “my property,” I looked at her in wonder. Then I asked why she kept calling Victor’s properties, her property, and she said they were in her name. Excuse me? Yes! For anything she worked for, Victor encouraged her to document them in her name. He seemed not interested in anything except practicing his law, helping his people, serving God, and making Amaka happy. If she wanted it, Victor supported and advised her. It was easy for Amaka to express herself totally and live a full and desirable life.

Victor shielded Amaka from stress, and when he wanted to handle a difficult situation, he went alone. At such times Amaka would complain and complain. I would listen while thanking God for blessing my friend with this manner of man. A man who wanted her to have a no-stress, great life and appreciated her every effort.

As influential as Victor rose to be, he was just Victor to most of us. When we visited his home, we took over the entire space and made a lot of noise. We freely passed through his room (in his absence) and even entered his study, which his children use for homework. Amaka was the BRAIN, the BUSINESS, the GLAM, the NOISE, the ACT, the STYLE, the LOVE, and everything beautiful, but I know that Victor was the engine for all of the above. The Amaka we knew was a product of the love, care, trust, and kindness of a great husband who let her live her dreams and sparkle.

That engine has not stopped working. I have closely followed the happenings in and outside Start-Rite Schools after Amaka’s transition, and I know Victor has done more than ever to make his wife happy. Victor has built a church, started a foundation, established a lecture series, named a major street, upgraded and led Start-Rite Schools, and done many more in honor of his wife. Very few men have done anything close.

During my last visit to Amaka, she was making changes in Start-Rite, preparing two funerals, organizing two or more families for the events, dreaming up construction, and just doing a million things. I watched in shock and asked her what would happen if she could not do all these things; she responded that Victor would do them.

Victor has done even more!

I could go on and on and on to talk about the Victor I know. People say if you want to “know” a man, speak to his wife. Indeed, I did not only talk to Amaka for over 24 years but saw Victor give my sister and friend a great life. Amaka left too early and too suddenly, but permit me to say that she was the happiest woman ever.

Amaka was “Happily” married to Victor, and Amaka is extremely happy where she is.

On behalf of my friend, I thank the Distinguished Senator Victor Ndoma-Egba OFR, CON, SAN.

Your kind is scarce, Sir. May the Lord bless and keep you.