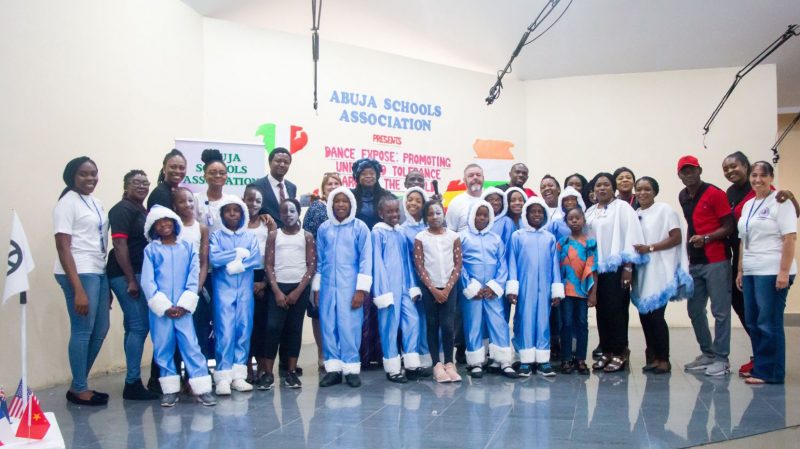 For the second year running Start-Rite Schools hosted Abuja Schools Association’s (ASA) collaborative event.  This year it was a Dance Expose with the theme Promoting Unity and Tolerance Around the World.

ASA’s Chairperson Dawn Savage stated in her opening speech that there is no country in the world who does not celebrate without dance.  So the theme was chosen to inspire people to come together and dance.

The school paraded with their costumes to officially open the event.

The collaborative events featured dance and drama representing different countries. Students and Parents were entertained by participating schools as follows:

Building Blocks Learning Centre students dazzled with a sizzling performance of the Salsa dance for Mexico.

Olive Brooks Juniors with their beautiful flamenco dancers and matadors represented no other than Spain.

Doveland International Schools did an impressive representation of South Africa. Their native dances and costumes were truly amazing.

British Nigerian Academy did a beautiful contemporary dance from India.

Start-Rite Schools represented the Continent of Antartica beautifully, complete with snow, and following the story of the race to control Antartica.

The final Unity Dance was a collaboration of all schools.

Mrs. Loretta Apoke did an excellent job of anchoring the event and kept everyone on their toes and challenging the audience with general knowledge questions and information tidbits.  The vote of thanks was given by Mrs. Christy Ekanem, ASA’s Cultural Committee Chairman.